Barcelona defender Nelson Semedo has said that the Blaugrana must improve with their overall performances in order to win the Champions League title this season. The Blaugrana previously won the elite competition in 2015 and they have since failed at the quarter-final stage on three occasions while missing out on the final to eventual champions Liverpool last term. 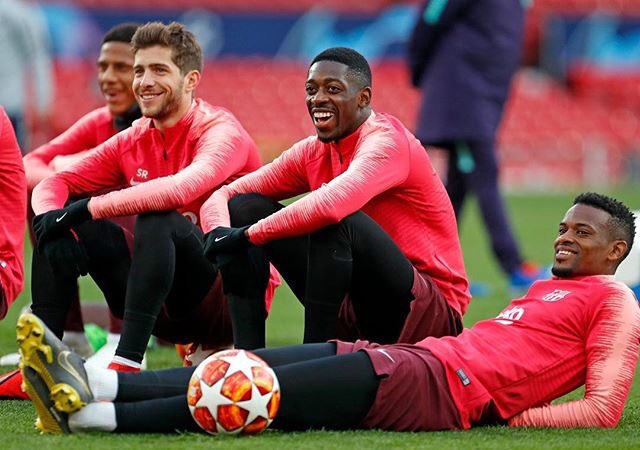 Speaking in a press conference, Semedo said that there is room for improvement in the defensive point of view following a shock 3-1 defeat to Levante at the weekend. He added that the Blaugrana were previously on a seven-match winning run prior to the defeat but they have set standards whereby they can’t afford any setbacks in between.

“We have to improve a lot, a lot, but don’t forget we have a draw and two wins and in general we had seven wins in a row, but of course we have to improve. We have to take advantage of the Slavia game to correct errors and offer a response. It’s an important game tomorrow. If we win, we take a step forward in the Champions League and I think we’re going to see a reaction (from the defeat),” he told.

The Catalan giants have lacked the defensive stability over the past 18 months and in the current campaign and they have already leaked 14 goals from 11 league games. As a result, there has been genuine criticism towards manager Ernesto Valverde, though the Spaniard continues to command the respect from the players and the board.

Barcelona are scheduled to tackle Slavia Prague during the midweek Champions League clash and they are genuine favourites to secure the victory. The Blaugrana have registered seven points from the opening three group stage games and they are ahead of Inter Milan and Borussia Dortmund by a three-point margin.