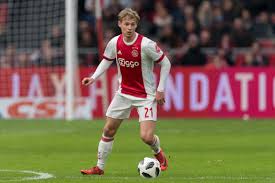 “FC Barcelona and Ajax have reached an agreement for the transfer of midfielder Frenkie de Jong, who will be joining the Catalan club from 1 July 2019. The cost of the transfer operation is 75 million euros, plus a further 11 million in variables. The player will be signing a contract for the next five seasons, through to 2023/24. The president Josep Maria Bartomeu and the CEO ÒscarGrau were personally involved in closing the deal in Amsterdam,” read a statement on the club’s website.
END_OF_DOCUMENT_TOKEN_TO_BE_REPLACED